There are critics and skeptics of homeschooling who are concerned about home educated children acquiring and developing proper social skills. Here in our home we work diligently to equip our children to face all the challenges they may face when they enter the “real world.” 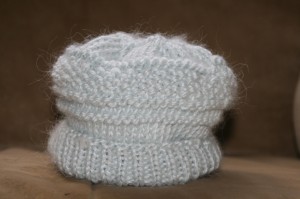 Thankfully, since we home educate we can grab teachable moments throughout the day to guide our children in these skills. Even at a young age, we can begin to build the foundation for those much needed social skills. 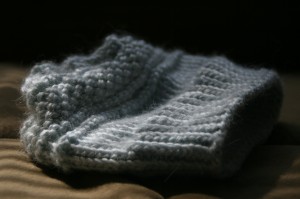 On the day of this interaction, we found the opportunity to work on sharing. While Sarah might have preferred to lick the spoon all on her own, she was willing, even happy, to share with her brother. Sweet, isn’t it? Why, yes it was. Yummy chocolate chip cookie dough! Would you share?

I will admit that we still have those days where it is evident that work is still needed for some on the sharing skill. It makes those days of victory, oh so sweet!!

Tune in next time when we discuss the challenging social skill of Verbal Communication 101!

**Disclaimer: This post was made purely to show off my cute kiddos. No compensation other than smiles, giggles and sticky finger hugs were made.

Two friends face the Dark Knight’s deadliest scheme, but only one knight has the courage to overcome.

Sir Quinlan leaves his boyhood friend to serve the Prince, fighting a battle darker and more intense than any he’s ever known. The mysterious Sir Baylor recruits him into the ranks of an elite unit of knights known as the Swords of Valor, but when tragedy strikes and everyone blames Quinlan, the Swords of Valor disband, ending a legacy of heroic deeds.

Alone and despairing, Quinlan wanders the kingdom, fleeing his past. His providential encounter with Taras, a mysterious Silent Warrior and former trainer of Valor Knights, offers Quinlan a chance to redeem himself and learn the ways of the secret warriors.

The training is grueling, and just when Quinlan seems to have left his failures behind, he receives an impossible challenge from the Prince—one that will force him to face his past…and the mighty men who blame him for the tragedy that ruined them.

Several months ago, a friend recommended Chuck Black’s Kingdom Series to me. My children devour books quickly so I am always looking for quality selections. We were give book one of the Kingdom Series and my daughter was hooked. When Sir Quilan and the Sword of Valor arrived at our door, I had to remind her that I needed to read it first.

From the first few pages I was captured into the story of Twitch. Twitch was a young man that was average or even a bit below average. He had given himself to service for the Prince but wasn’t the greatest swordsman and walked in the shadow of his friend Tav.

However, the Prince, uses the unlikely and the ordinary to do great things. When Twitch gives himself to whatever the Prince needs him for, the Prince changes Twitch and helps Twitch to see who he is in the Prince’s eyes. Along this journey, Twitch transforms into Sir Quilan and encounters many challenges and obstacles that make him a mighty servant of the Prince. Sadly, not all heed the call of the Prince and their journey does not end well.

Mr. Black does an excellent job with this allegory. The setting of knights and swords and mighty battles engages young readers and opens the door for great conversation. Discussion questions are provided in the back of the book. My daughter and I have discussed much about the book and how it relates to our walk with Christ. As a father of 6, Mr. Black knows his audience well. We look forward to reading more of Mr. Black’s Knight’s series. Sir Quilan and the Swords of Valor is one we would recommend to others.

You can go here to read the first two chapters of Sir Quilan and the Swords of Valor.

CHUCK BLACK, a former F-16 fi ghter pilot and tactical communications engineer, is the best-selling, award-winning author of the Kingdom series and the Knights of Arrethtrae series. He has received praise from parents across the country for his unique approach to telling biblical truths. His passion in life is to serve the Lord Jesus Christ and to love his wife, Andrea, and their six children. He lives with his family in North Dakota.

Disclaimer: Waterbrook-Multnomah provided a complimetary copy of this book for review. No compensation was made. The thoughts/opinions expressed in this post are my own.

Our family is very selective in the movies that we view in our home. However, we enjoy a fun-filled movie night as often as we can. I enjoy movies that not only entertain us but come along side what we are studying and give us more to think about and understand. We recently had the opportunity to review a product that can enhance your family studies or just make movie night more than just a movie.

Zeezok Publishing was established in 2003 and has been a supplier of quality literature and educational books. Zeezok has a wonderful resource, z-guides to the Movies, that I was thrilled to take a peek at.

There are a variety of z-guides to choose from and I chose Mr. Smith Goes to Washington. This z-guide is targeted at high school age students. The z-guide tells you what topics will be addressed in the study. For instance, in Mr. Smith Goes to Washington you will cover US Government, US Senate Procedures, Innocence vs. Corruption and more. A topical overview and movie synopsis are given.

The guides gives a suggested viewing/activity plan. In Mr. Smith Goes to Washington z-guide, it was to be used over a 5 day period. After watching the movie the first time, there were discussion questions. Each day after that you can choose from suggested activities for further learning. Some activities will call for you to view parts of the movie again or the movie in its entirety.

One suggested activity for the Mr. Smith z-guide is to write a news article on the Smith Filibuster.  The activity could be as simple as a crossword puzzle or an in-depth activity called Filmmaker’s Art. In Filmmaker’s Art you take a look at the movie and study the importance of how a scene was lighted or character’s name.

Family discussion questions are provided so everyone can join in and gain knowledge from the film. Thankfully, an answer key is provided!

What did we think of Mr. Smith Goes to Washington z-guide?

I must share a disclaimer first. Due to family circumstances, I had to go with a film we owned so that I was sure we could view it. Mr. Smith Goes to Washington was the only film we personally owned. Our oldest is only 12 so I don’t feel we used the guide to the greatest potential. We will be using the guide again soon to dig a bit deeper.

Despite those issues, I was thoroughly impressed with the z-guide. The questions and activities didn’t take away from enjoying the movie but really aided in understanding so much about government. It is a perfect resource for anyone studying government.

For anyone who likes to utilize methods outside of the “box” for learning, the z-guides are an excellent choice. Maybe you want to take a break from the normal routine and have a week of a more relaxed study. With z-guides you can easily make movie night a time of great discussion and learning with little work. Zeezok has done the work for you!

I hope that we can soon grab a few more z-guides such as; Johnny Tremain, The Adventures of Robin Hood or My Side of the Mountain. Take a peek and see the wonderful selection of z-guides!

Want to know what others think of Zeezok’s Publishing z-guides to the Movies? Head on over to the Crew!

**Disclaimer: As a member of the TOS Crew, I received a complimentary copy of this product. No compensation was made. The opinions, thoughts and experiences share in this post are my own.

Sweetie - Wife to Eddie and mom to 10 beautiful blessings. I love homeschooling, reading, knitting, and sewing. Thankful to be saved by grace. I am living the life I never dreamed of and love it!